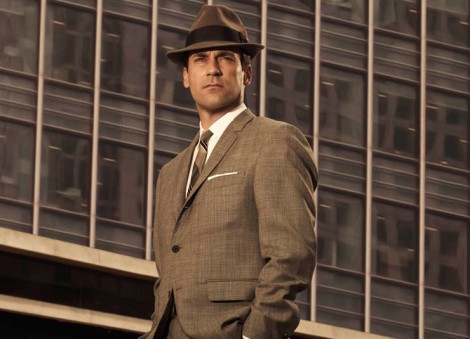 During the last Ad Tech Conference in London (21-22 October 2014), WPP Chief Sir Martin Sorrell using a reference to the famous American TV Series ‘Mad Men’, pointed out that soon enough, data will change the advertising landscape so dramatically, that Don Draper (the protagonist of the TV series, depicting the lives and works of an advertising agency during the 60’s) would not even recognise certain areas. Sir Martin Sorrell particularly focused on the changes that data will bring in terms of revenue, stating that media and data will equal $9bn of WPP’s projected $19bn revenues for 2014. Digital, said Sir Martin Sorrell, will represent $6bn, leaving another $4bn for ”classic advertising”. That means ”$15bn in areas that Don Draper would not even recognise” (Murphy, 2014).

Data Science and especially its ”Big Data” part has become a buzzword over the last few years. It is worth mentioning J.Stanton’s comprehensive definition as an initial point of discussion: ”Data Science refers to an emerging area of work concerned with the collection, preparation, analysis, visualization, management and preservation of large collections of information”. (Stanton, 2012, p.2).

Two years ago, Thomas Davenport and D.J.Patil wrote an article in Harvard Business Review called ”Data Scientist: The sexiest job of the 21st century” (Davenport and Patil, 2012). Since then, the ”data- sexy-hype” has not ceased. There is no doubt that the digital revolution brought data back on track in a dynamic way: more data means more knowledge. More knowledge can lead to more expertise, hence more power in the business world.

Over the last decade, advertising has suffered a lot. The recession in the US and in Europe has shifted priorities in marketing budgets. Advertising expenditure dropped down significantly. Year 2009, for example, has been one of the worst for the global advertising family, with total ad spending falling by 14.5% in the US (The Economist, 2009)and by 12.5% in the UK (Offcom, 2010). Additionally, digital and social media changed the landscape dramatically, leaving the ”traditional media” way behind and giving advertising experts a serious headache about new ways of approaching target audiences and close global marketing deals (BBC News Business, 2012).

However, we are not in 2009 anymore and things are definitely moving fast. In 2014 global advertising agencies have realised that they have to fight a hard battle against data-driven titans like Facebook and Google, as well as new entry tech-oriented agencies. They have already started investing in data massively, creating a new advertising reality. ”You either innovate or die”, as the Global Client Technology Director of Havas Media Group put it some months ago at the Big Media Summit in Madrid, presenting Havas’s new technology and data science partnerships (Gutiérrez, 2014). It is true: consumers (or users) are only a click away from any brand’s spectrum nowadays; there is absolutely no reason to miss that chance.

The Big Opportunity of Data Science Within Advertising

One of the latest data-driven buzzwords for the advertising industry (not to mention ‘the Holy Grail’ for certain companies) is ”programmatic advertising”. The term still frightens most traditional advertisers, who were accustomed to (limited) data usage only when, for example, checking efficiencies of a TV or an online campaign. Suddenly, their clients ask for more ”targeting accuracy”, ”real-time statistics”, ”contextual or behavioural targeting” and ”return on investment” (ROI), even if that involves tiny budgets of just some hundreds of pounds on Facebook.

As everything new requiring change, ”programmatic advertising” was initially received with significant scepticism. However, the opportunities rising from its development are numerous.

Cost Benefits: In our current massively fragmented display ecosystem, programmatic advertising (and the data science behind it) offers a cost effective relationship between inventory and data. Bringing the right ad to the right user at the right time is not only efficient but also saves money, especially if we consider that ad targeting has been historically based on various assumptions. ”Real time bidding” allows advertisers to literally fight for the most efficient and relevant inventory, instead of relying on publishers and set prices, assuming they will find their audience somehow. It might sound cruel, but let’s imagine for a moment the loss of investment when a brand desires to show its advertising to a specific target group (for example ”Women 18-24, students”) but is obliged to buy ads based on a generic young female target audience that a Women’s online magazine offers.

Transparency: Marketers have traditionally been very much dependent on publishers and advertisers in order to design their consumer strategy and tactics. Programmatic allows marketers to own their data, use it according to their own strategic plans, monetize it better and show deeper understanding of the audience they try to reach. Transparency also becomes key for advertisers as well, since they are becoming more accountable for their media strategy and have the opportunity to ameliorate their results. Publishers, although still sceptical, can benefit through better audience analysis and content development that can attract both users (readers/viewers) and new brands willing to advertise in their environment.

Velocity revisited: Traditionally, all advertising campaigns start dynamically, reaching the largest audience possible and optimise their performance later on, based on those channels that bring better results. This affects KPI levels (Key Performance Index) usually, that are difficult to meet if corrections are not made on time. The use of data science through programmatic advertising enables all three parties (marketers, advertisers and publishers) to a) recognise very quickly what is not performing well b) react immediately to any market dynamics c) eliminate ad fraud by keeping campaigns constantly on track.

Challenges Within the Advertising Environment

Privacy Issues: ”Privacy is a condition that many people expect and value”. (Kitchin, 2014, p.168). It is definitely logical, as data-centric advertising grows and behavioural targeting is becoming more and more sophisticated, that users will raise their privacy concerns significantly. Although programmatic advertising might sound a delight for brands and agencies, the industry needs to protect consumers as part of its own strategic plan for the future. No brand would like irritated consumers spreading negative comments about violation of privacy. Even worse: no industry would like to spend numerous billable hours in courts.  It is a difficult question to answer; however ”difficult does not mean impossible”, as Schmidt and Cohen remark on the same subject. (Schmidt and Cohen, 2013, p.174).

Data Sharing Issues: Although fascinating for many, data centric advertising is not a rose garden, meaning that all these amounts of data are not easily provided, especially from publishers who -for the time being- are looking at their declining revenues. One of the biggest challenges is the collaboration with media owners who have to be totally transparent in terms of their users’ data. Brands and agencies require media platforms data in order to ensure brand objectives and also better consumer understanding. Publishers on the other hand know that in the short term that transparent data will result in more audience filtering, hence less charges for malfunctioning inventory.

Skills shortage: All data driven advertising require high levels of technically skilled people, trained, however, within the advertising environment in order to understand its values and priorities. As it has been previously stated, there has been a major revolution within the advertising industry in terms of data usage. People find themselves working with gigantic excel spreadsheets and sophisticated tools like Hadoop or Xaxis, analysing even the tiniest data that might be useful for their business. However, this is not enough. There are still numerous agencies that lack the technology and resources that will make them competitive within an already fiercely competitive new market.

”There is so much stuff that has yet to be invented. There is so much new that’s going to happen” (Stone, 2013, p.21). Data-driven programmatic platforms (eventually across all digital channels and devices) are changing the way advertising and marketing is done. Programmatic technology has achieved significant steps over the last eight years and although it is not yet widely adopted, marketers and advertising agencies face a serious data explosion that they cannot ignore. Consumer behaviours, moods and intentions are now a first priority as the desire for better audience targeting requires more high-quality data that can lead to better campaign results and accurate future predictions. We are witnessing the beginning of a massive, culturally saturated feedback loop, where our behaviour changes the product and the product changes our behaviour (O’Neill and Schutt, 2014, p.5).

There is no doubt that we are experiencing history in the making and although frightening at times, the excitement of a whole new era is overwhelmingly interesting. Marketers, advertisers and publishers currently wake up to a brand new reality: a highly sophisticated platform to fuel audience insights, behaviour traits, process automation and optimisation towards active consumer engagement. From e-commerce to mobile marketing, from audience-centred applications to better customer service, there is no doubt that data-centric advertising is here to stay and enhance marketing by opening new paths. However, there is still room for development.

While the benefits of a cost-efficient, transparent and fast moving technology are obvious, privacy, data sharing issues as well as skills shortage, hold back the really big questions ahead: how to blend data science with the art of advertising, while engaging savvy and conscious users in this new era; How to create meaningful and valuable relationships with consumers; and, why not, how to exceed our knowledge of who we are.